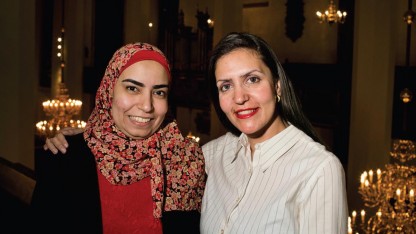 Danmission have been a part of the DAPP programme funded by the Danish Ministry of Foreign Affairs since 2011. DAPP is a Danish cooperation programme focusing on strengthening dialogue, partnerships and mutual understanding between Denmark and the Middle East and North Africa (MENA region).

The DAPP has since 2003 been a central pillar of Danish foreign policy in relation to the MENA region and since 2011 Danmission has been among the 11 Danish strategic partners to receive support from the programme through the Danish Ministry of Foreign Affairs.

Danmission’s DAPP-funded interventions are aimed at enhancing the role of interreligious and intercultural dialogue as an integral factor in promoting mutual understanding, social cohesion and peace-building within and between Arab and Danish societies. Danmission’s programme builds on objectives related to dialogue, reconciliation and political participation in the development of local and national society. Danmission currently works with partners and projects in Syria, Lebanon, Jordan and Egypt.

The specific programme initiatives cover a wide range of activities, including: leadership training in interreligious understanding, interfaith education for intercultural citizenship, conferences for religious leaders, youth encounters and youth training, and the empowerment of women in religious institutions.

LIU is a program reaching out to Syria, Lebanon, Egypt, Jordan and Denmark. Since 2011 more than 100 young leaders in various professional fields like journalists, artists, civil society leaders and religious leaders have been educated in management of religious diversity. In 2015 the toolkit “Fostering social resilience against extremism” was produced as a part of the LIU.
Partners: FDCD (Syria/Lebanon), Adyan (Lebanon), CEOSS (Egypt) and RIIFS (Jordan).

Interfaith Education for Intercultural Citizenship in the Arab World (IIC)

The aim of the project is to promote intercultural and inclusive understanding of the concept of citizenship. A network of religious leaders and experts representing various religious institutions in Lebanon, are working together to create a handbook on citizenship for use in schools in Lebanon.
Partner: Adyan (Lebanon)

The aim of SYE is to build bridges and relations between young religious and society leaders, and to support local initiatives implemented across religious and political differences in Syria. Through workshops and training, participants gain skills in dialogue and conflict management and become equipped to set-up their own local initiatives.
Partners: FDCD (Syria/Lebanon) and Mobaderoon (Syria)

The project aims at having religious leaders, politicians and civil society leaders to play a pro-active role in promoting peace and reconciliation in Syria; a peace that respects religious plurality and builds on the mutual bonds of equality in citizenship. The project engages religious leaders from Syria specifically as they hold a crucial opportunity to promote peace versus instigate hate.
Partner: FDCD (Syria/Lebanon)

Christians and Other Minorities in the Arab World

The initiative builds on a pilot project in 2014 on identifying Christian and minority needs and wishes in light of the changes in the Arab world. By raising awareness and debate on the situation of minorities in MENA, the aim is to move towards full citizenship of minorities in the Arab countries. A regional conference on how minorities are portrayed in school curricula were held in 2016.
Partner: Al-Quds Center for Political Studies (Jordan)

The project is a combined research, training and lobbying initiative. First step is research, in order to follow what is actually being preached by both Muslim and Christians leaders in time of war.
Partners: FDCD (Syria/Lebanon) and Mobaderoon (Syria)

Danmission believes that dialogue is needed in order to build sound societies. Danmission contributes to the capacity building of civil society and religious institutions, and adhering to mutual respect, support and tolerance, through dialogue and peace-building activities. Danmission works in the field of dialogue within and between political and religious groups, and strives to educate future leaders and opinion makers in the MENA region in dealing with religious diversity. This is why Danmission’s dialogue and capacity building initiatives not only include religious leaders but also the media, politicians, artists and researchers, both female and male.

The stability of social cohesion, and the ability to practise religious freedom, requires the development of intercultural citizenship. Intercultural citizenship is a citizenship that guarantees and encourages the participation of the entire population – Christian as well as Muslim – in public life and the political process, and at the same time makes room for individual religious identities. Faith-based organisations, religious institutions and religious leaders can positively influence developments in the MENA region, and support reform initiatives and rights-based societies. Religion and religious actors should not be a hindrance to democracy and reform but should form part of the solution. This is why Danmission supports and trains religious actors.

Vulnerable groups have to be taken into consideration. In a region where almost 65% of the population is under the age of 30; long-term development and stability depends on the opportunities offered to this age group. Youths in the Middle East are fighting for education, jobs and influence in society but, in order to become catalysts for more inclusive and democratic societies, they need more support. Although in some cases women have played a very proactive public role in society, often during revolutions in the region, they are most often in a weak social position, unorganised and therefore lacking in political influence.

Dialogue and networking are a way of securing reconciliation, knowledge and an understanding of each other, and therefore of influencing society to cope with and benefit from diversity. The needs are diverse and depend on the context, which varies from country to country, but the dialogue component and the need to understand others is common throughout Danmission’s work in the MENA region. Danmission aspires to creating the foundations for long-term cooperation and understanding between different cultures and religions, between different groups in Arab societies, and between societies in Denmark and in the MENA region.

– about Danmission’s work in the Middle East:

In the MENA region Danmission is working with poverty reduction, church development and dialogue. 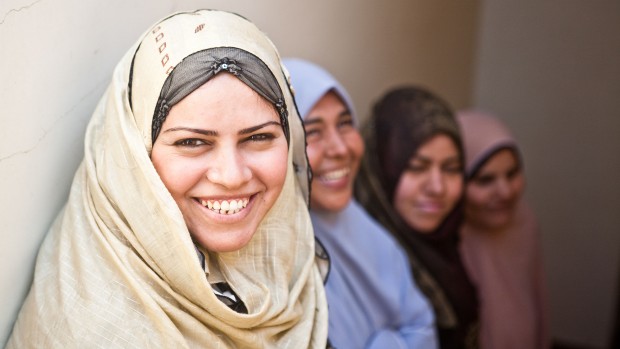