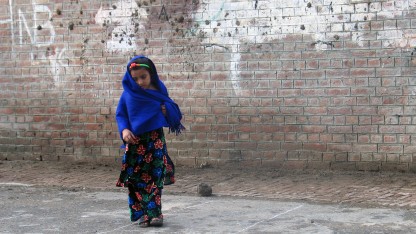 Danmission has had a presence in Pakistan since 1901. Support is given particularly to the Diocese of Peshawar.

Why does Danmission work in Pakistan?

The political situation in Pakistan continues to be very unstable. Towards the end of 2014, ISAF (International Security Assistance Force, a NATO-led security mission in Afghanistan with the participation of Danish military troops), ended its engagement and presence in neighbouring Afghanistan. This has not, in contrast to hopes, led to increased levels of peace and stability in the region. Quite the contrary: the withdrawal of the international forces has been followed by an increase in the Taliban’s activities in Afghanistan, including in the areas bordering Pakistan. These hard-to-reach parts of Afghanistan, which are basically only reachable by air, form an ideal base for the Taliban movement, which can carry out militant attacks on Pakistani territories from the region. The Taliban has taken full advantage of this, and has attacked Western and Pakistani government-controlled interests in Pakistan, including several attacks on government institutions. One example is the recent (December 2014) attack by the Taliban on the Pakistani Army’s school for children in Peshawar, Pakistan, which saw 140 dead, almost all children. A similar attack took place in 2013 on the All Saints Church in Peshawar, Pakistan. The Pakistan Armed Forces are desperately attempting to curb the Taliban’s increased infiltration from Afghanistan and have, in the past, bombed Waziristan heavily (Waziristan is a mountainous region in North-West Pakistan) at the request of, and with funding from, the United States. However, as a consequence, approx. 1 million IDPs (internally displaced persons, refugees) have taken refuge in the areas south of the provincial capital of Peshawar, Pakistan.

In addition, Pakistan has seen bloody conflicts between Sunni and Shia Muslims. Some 80% of Pakistan’s population is Sunni, and 10-12% Shia. Among the religious leaders of the Sunni majority, there is a very strong desire to govern Pakistan according to Sharia (Islamic law), including enforcement of blasphemy laws. So Sharia is basically an orthodox rule, where Islam has the final word.

Following independence from India in 1947 Pakistan welcomed minorities, including Christians, but serious attempts are now made to degrade Ahmadiyya muslims and Shia muslims, Christians, Hindus and Sikhs to second-class citizens in Pakistan, and for that reason many live in fear of the next attack. The dream of a common Pakistani nation has collapsed, making daily life a fight for the future.

In Pakistan Danmission is working with the: