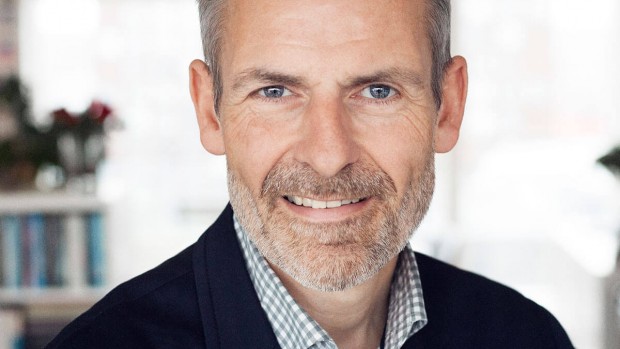 There was a book on my desk after the summer vacation.

It was a gift from my old teacher and mentor, Anglican priest Andrew Wingate – a former missionary in South India. I picked up the book and scrolled through it randomly – as one does with new books. “Religion is not a phenomenon that as such lives its own life. Religion is a part of people’s lived lives,” it read. The statement touched something inside me as it reflects a way of thinking which I find central in Danmission’s missionary work with the human factor.

For years, Danmission had the slogan Mission is Human. Slogans come and go but there is an eternal truth in the idea that mission is human. To me, there is a duality in the statement. As Christians, we are supposed to pass on the gospel. “The words of salvation in the apostles’ tracks turn to the ends of the earth,” as we sing with the Danish pastor, author, poet, philosopher, historian, teacher and politician N.F.S Grundtvig (1783-1872). It’s us who are wandering. It is humans who bring a good message to other people. And that is a big task.

However, at the same time, we know that humans have their limitations. The fall has taken hold of us. In that light, the statement of religion as a part of lived life is once again relevant. We can only get an insight into religion through what we see, hear and experience in human life. And since humans are limited by disagreement, selfishness and doubt, the expression of religion carry these characteristics. This applies to all people regardless of beliefs. We all have the need for God’s grace.

Religion and mission – is a part of the lives of human beings for better or worse.

This has also made its mark on the latest edition of Danmissions Magazine which we publish in Danish and send out to more than 10.000 Danish supporters and partners. The latest edition is focusing on Danmission’s cooperation with the Lutheran Church in Tanzania and the Church’s duties on the island of Zanzibar off the east coast of Tanzania. The island is dominated by a Muslim population, but a number of church communities also apply in the local community – including the Lutheran church, engaged in service, dialogue and Diakonia. It is a society with strong political and religious opposites.

How the Church’s work unfolds on Zanzibar is described personally and thoroughly in the interview with the local Lutheran testimony, Shukura Maloda. “To me, the dialogue work we do is much more that just talking together. It’s a lifestyle – a way to be in the world,” he says – confirming that “mission is human beings”. At the same time, he points to what the recognition of human error and lack means when you, as a Christian, live with Muslims.

Shukura Maloda is rooted in his faith. He does not take offence that the chicken at the family dinner is halal-slaughtered by his Muslim uncle. And when pork is served on the same table it doesn’t bother his Uncle – just as long as Maloda makes him aware of it and there are other alternatives. Muslims do not live with the words of Paul that everything can be eaten with a good conscience. Maloda knows that. It is a part of Muslims’ lifestyle to follow special eating rules. It is a part of Christians not to.

But at the table in Zanzibar, Maloda and his Muslim uncle can share. It’s their big task. Of course, it’s not always easy, but instead of looking down in the dishes with disagreement, selfishness and doubts, they look up, see each other in the eyes and take part in each other’s lived life. Despite their diverse religious world. “Religion is not a phenomenon that as such lives its own life. Religion is a part of people’s lived life”.

What do you think?