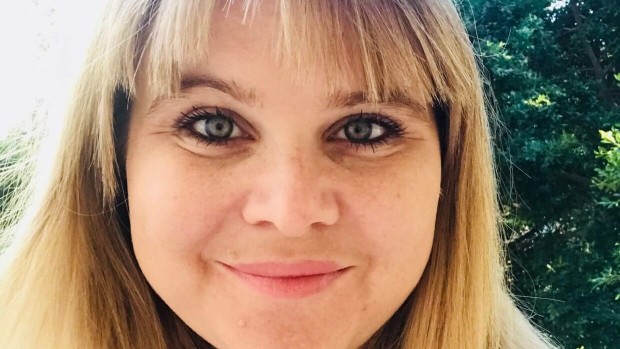 Danmission’s Middle East envoy, 39-year-old Maria Lindhardt, returns to Denmark this summer with her Lebanese husband and two children. From now on her expertise will be welcomed in the head office in Hellerup, as she will start working as programme consultant from the 1st of July.

With an education within social science and religion Maria Lindhardt started working at the Danish embassy in Beirut back in 2009. With a job at hand and the dream of working abroad for a few years, one thing quickly let to another. Maria Lindhardt fell in love with a Lebanese man, had two children and in 2015 she was hired as Danmission’s regional representative for the Middle East and North Africa, with basis in Beirut.

By going from the Danish Embassy to working at Danmissio, Maria Lindhardt says that she experienced moving closer to the solutions to certain conflicts in the region. During her three years as envoy for Danmission, she has felt the degree of respect there is in being a faith-based organization like Danmission in the Middle East. To be a Christian among Muslims has in no way been hindering a constructive dialogue and joint projects. This has been evident in a number of interreligious projects and conferences, which Maria Lindhardt has been part of executing.

The professional and personal link

Maria is particularly proud of the current project ‘Syrian Leaders’, which Danmission is supporting with its own funds. A project that gathers religious leaders and civil society activists from Syria in order to prepare them for the restoration of the country once peace arrives.

“To begin with the activists didn’t want anything to do with the religious leaders and on the contrary these leaders didn’t know how to take part in the activists’ agendas. Therefore it is amazing to see how they are now making projects together in Syria”, she says.

But it’s not just professionally that Maria Lindhardt has found her place in the Middle East. She loves the company of her parents-in-law and her life in Beirut. It is thus with mixed emotions that she and her husband have decided to move to Denmark.

“Now it is the right time for our children, especially our eldest son at five. In Lebanon children already start school the year the turn three, and even though our son is very happy with his school, we feel that a few years in a Danish kindergarden would be the right thing for him”, she says.

Maria Lindhardt is looking forward to getting her Danish family and the children’s grandmother, the actress Lone Hertz, closer. And professionally she is looking forward to be more in touch with the Danish supporters of Danmission. In Lebanon she was often hosting for them, for example when Aalborg Union went on a field trip to Beirut this autumn.

“It has been very special to be with the guests from Denmark and to have been a witness of the change that often happens in people who hasn’t visited the Middle East before. There is a lot us Danes who can learn from people in the Middle East. We just don’t know that. But I guess I can tell more about that when I return”, she says. Which will be from the 1st of July.

So far Maria Lindhardt has ben the only envoy in the Middle East, but earlier this month, Danmission’s first regional office opened in Beirut with room for five employees; three Lebanese and two envoys, whereas Line Stange Ramsdal will be one of them.

“I am really proud that the opening of the office was my last big task because the expansion underlines the importance of Danmission’s engagement in the Middle East and our wish to contribute to dialogue and peaceful coexistence in the region for many years to come.”