Skip menu and go to contentReturn to homepageGo to our accessibility guideNext post: “Voices of the scripture” – the words of the Bible around the worldPrevious post: Dialogue on three floors
Danmission 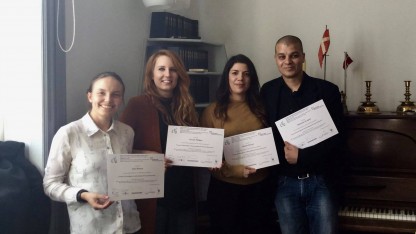 A cross-cultural food club, a video about the “being a Dane” debate and a dilemma game for teenagers. A new team of young leaders with widely different backgrounds have gained their diplomas in dialogue after they have spent the fall learning how to create better cultural and religious understanding in their homelands.

The audience in the hall is clapping. Energetically. The involvement of the young participants has infected the many spectators, who have come to be inspired by the dialogue leaders of the future and to see them get their diplomas. The newly “hatched” leaders have recently completed Danmission’s inter-religious dialogue program called “Leaders for Interreligious Understanding (LIU)”, which is funded by the Danish Ministry of Foreign Affairs’s Danish-Arab Partnership Program (DAPP). 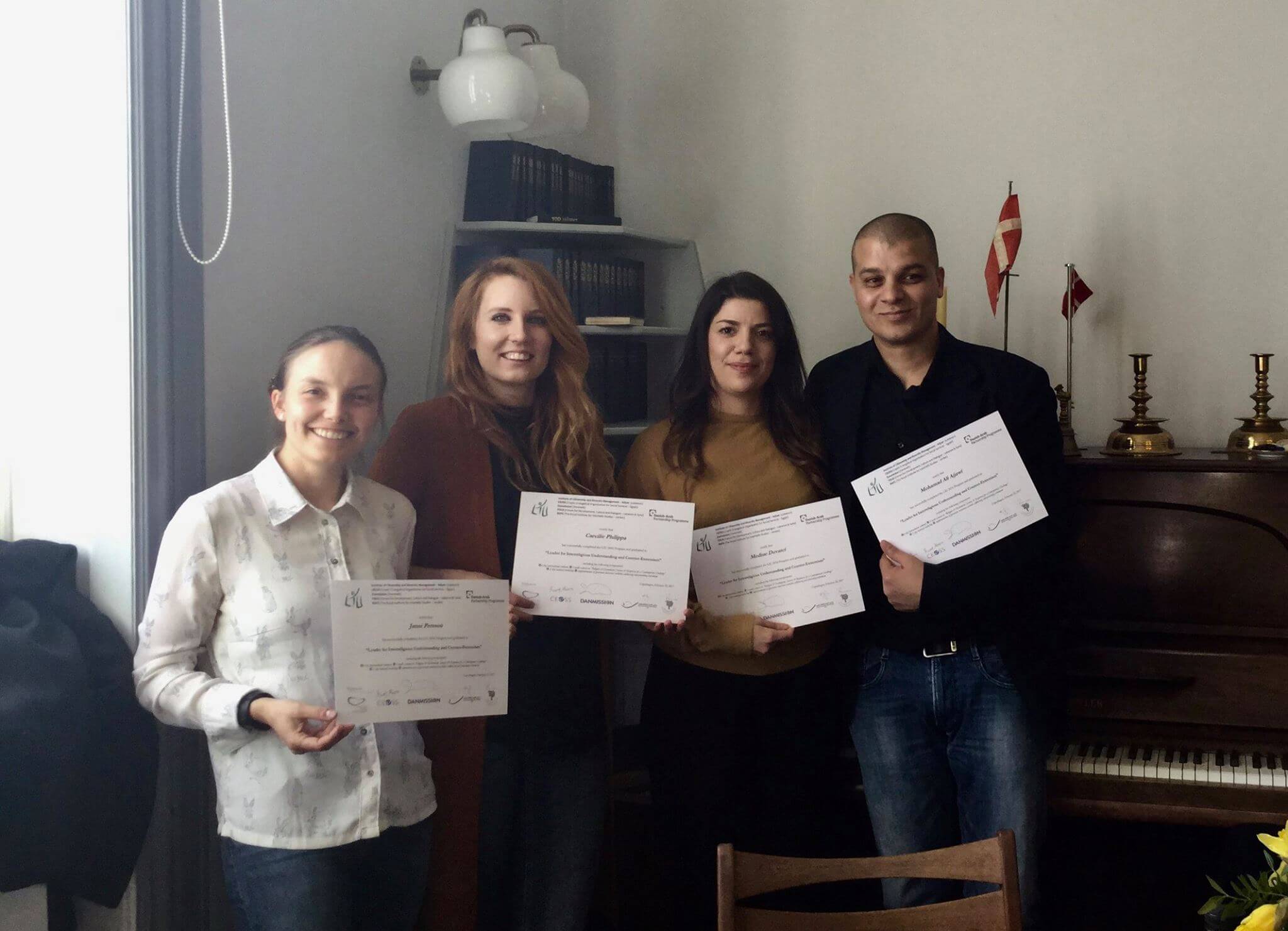 The four Danish participants Janni, Cæciliie, Medine and Mohamad, who this year participated in LIU, will now use their experiences to improve the dialogue between people in their local environments. Foto: Danmission

In April 2016 the 27 young participants from Denmark, Syria, Egypt, Jordan and Lebanon travelled to Beirut, the capital of Lebanon, where they, through participating in a dialogue- and conflict resolution seminary with the theme “Preventing Violent Extremism”, were educated in how to create cultural and religious understanding in their home countries despite differences in languages, ethnicity and religion.

”It is impressive to experience, what you have achieved – both on the seminary, the subsequent online courses and through the dialogue initiatives”, said Jørgen Skov Sørensen, Secretary General in Danmission, during his speech to the Danish participants before handing out the diplomas.

The LIU participants have developed various initiatives to strengthen the dialogue between people in their home countries. Now they will use their experiences to talk about a space for religious diversity in their everyday lives, such as debates, journalists and performers and implement projects in their local areas

It is at dinner that we meet each other

Cæciliie Philipa Vibe Pedersen, an independent photojournalist, Medine Duvarci, a Personal Assistant (PA) in a design office, and Josefine Kuehnel Albarazi, PhD and employee of the Ministry of Defense, are behind the initiative called “Kitchen Talk”. 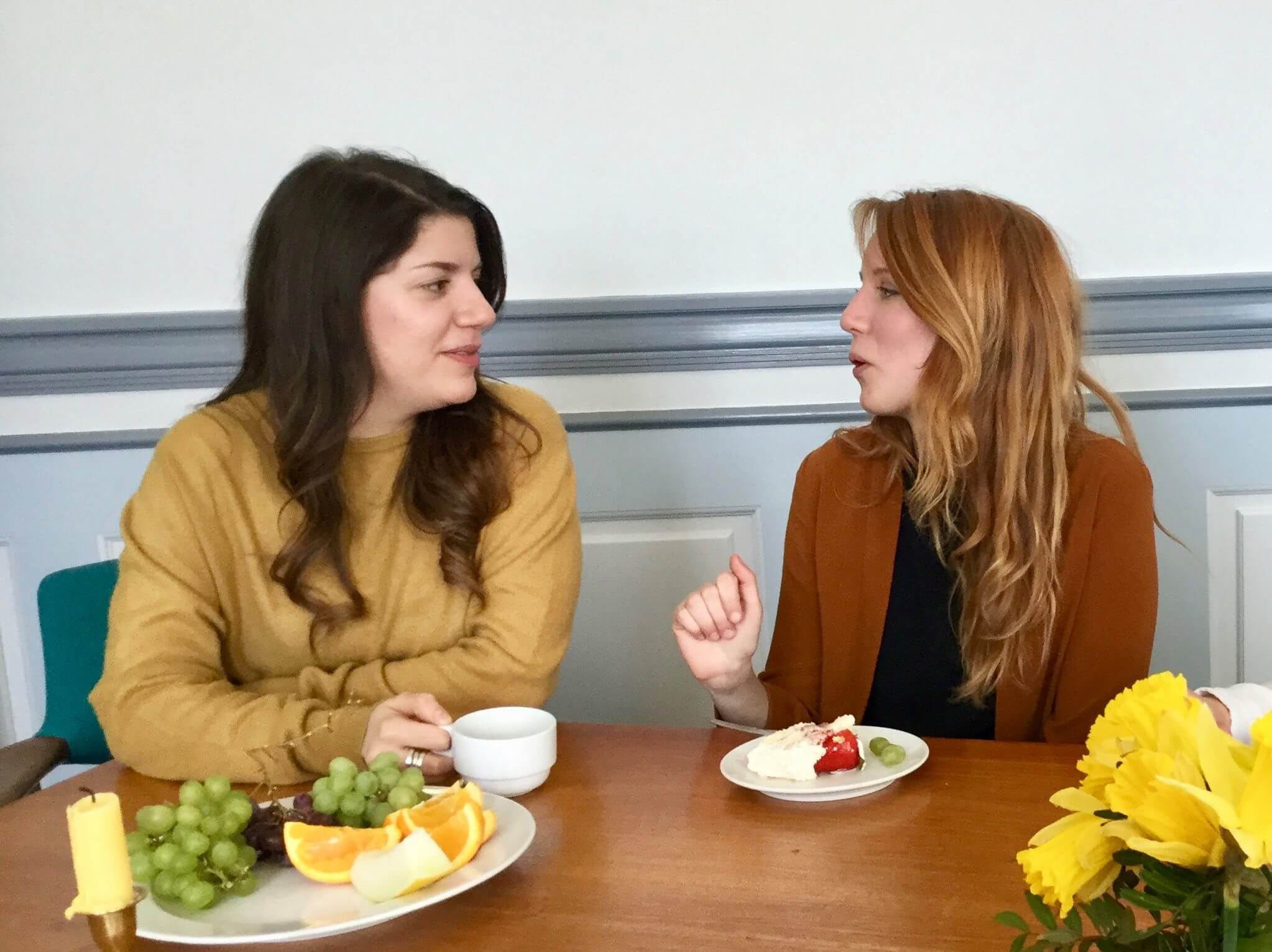 Their project brings a Danish family and a family with a different ethnic background than Danish together over a dinner. Because it is over dinner that you can truly share traditions, experiences and anecdotes with people you would not normally talk to, they say.

”When you sit down and share a meal, you are suddenly equals. For example, I facilitated a dinner with a Danish family and a Syrian family, where the conversation initially, of course, was about the food, but quickly ended up being about many other things”, tells Cæciliie Philipa Vibe Pedersen. The “Kitchen Talk” group had set up some initial dialogue issues, that would facilitate the conversation around the table. But the conversation soon was about the local area and other mutual interests.

”Even when you live next door to each other, it is easy to get the idea that you have nothing in common with your neighbour. Therefore, it can be difficult to take the first step. But when the contact is established over a meal, it is easier to find common ground. At all the dinners I have facilitated, the families have ended up exchanging phone numbers”, says Medine Duvarci.

The group now also has a new cookbook on its way, where recipes from their families’ homelands have been written down with accompanying personal anecdotes.

Religious leaders should show the way

Young priests as well as imams have participated in LIU. Janni Persson, a priest in Bagsværd Church, has made a dilemma game for 12-16 year olds. From the confirmation preparations, it is her experience that it is precisely at that age that young people’s identity is formed, and where they begin to shape their views of the world. The game is called ”I dine sko” (“In your shoes”). 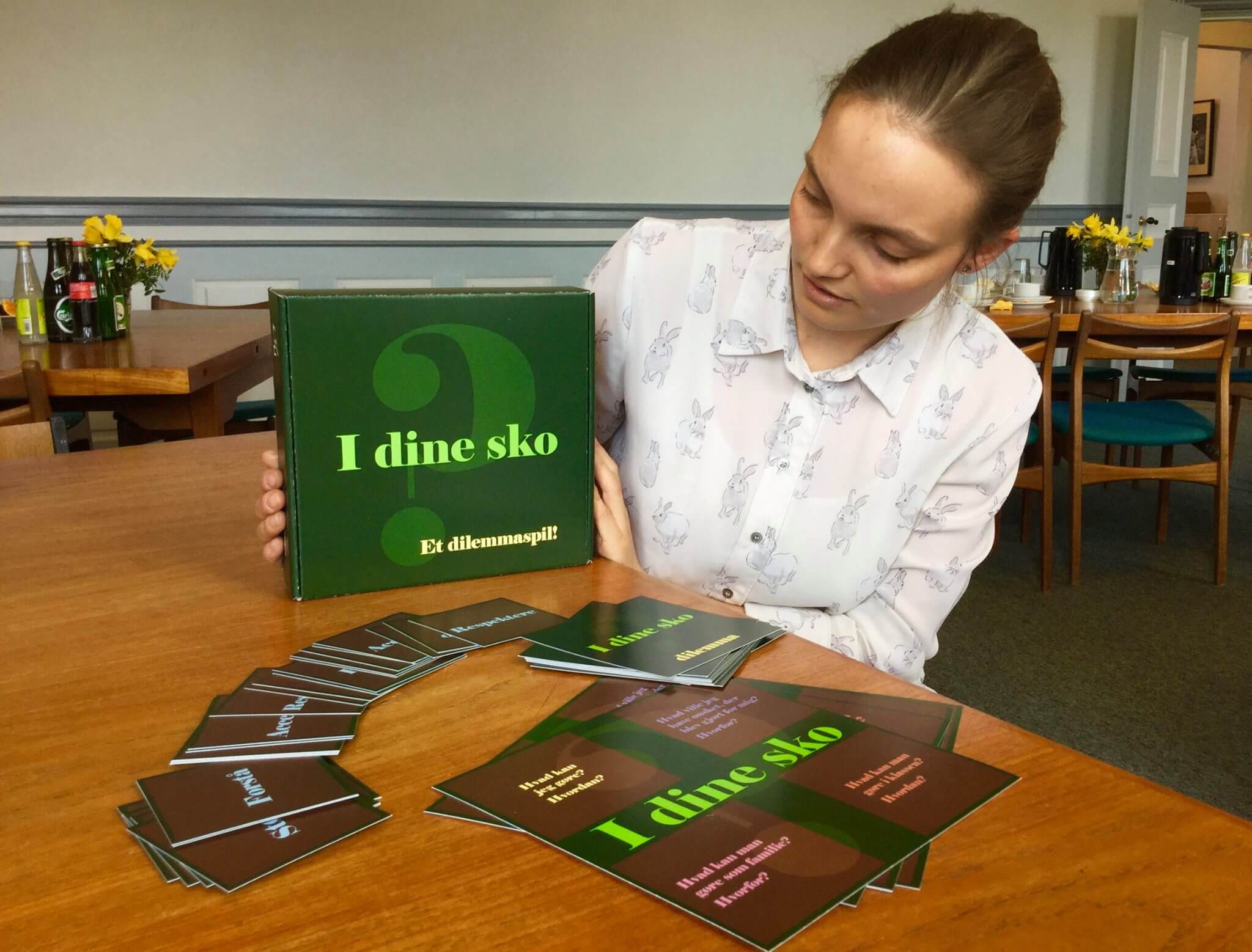 Janni Persson has produced a dilemma game, and is now trying the game out on her coming confirmands in Bagsværd Church. Foto: Danmission

”We all know the expression ‘being in someone else’s shoes’. You say that, when you want to meet someone else or try to put yourself in someone else´s place. That’s what I want to get the kids to do with my new game”, says Janni Persson.

The purpose of the game is to teach young people that there is a difference between accepting and respecting their peers. Janni Persson hopes for example that the game will be used in scout clubs, classrooms and churches where young people meet people with different perceptions and ideas than their own.

To break with stuck perceptions

Mohamad Ali Ajjawi, coordinator in the Municipality of Kolding, has with his group focused on debating the “being Danish” issue. That is why they invited well known debaters, who previously had been at war with each other on social media, to an unformal debate about what it really means to be Danish.

Mohamad Ali Ajjawi is a coordinator with the Municipality of Kolding. It has been important for him to use his experiences from LIU to speak about, and discuss, the way we speak to each other. Foto: Danmission

”The interesting part was that the tone of the debate changed completely, when they faced each other. Because then it was not as easy for the parties to criticize each other. When it is no longer possible to hide behind the PC screen, then the dialogue changes”, says Mohamad Ali Ajjawi.

LIU is a collaboration between Danmission and their three partner organizations; Egyptian CEOSS, Syrian-Lebanese F.D.C.D., Lebanese Adyan and Jordanian RIIFS. Over the past five years, more than 100 young leaders from Denmark, Syria, Egypt, Jordan and Lebanon have been educated in dialogue through LIU. The LIU program is supported by the Danish Ministry of Foreign Affairs’s Danish-Arab Partnership Program DAPP. Follow Danmission´s DAPP activities on Facebook, Twitter and the web site.