Skip menu and go to contentReturn to homepageGo to our accessibility guideNext post: Danmission provides medicine in the Christian Valley in SyriaPrevious post: Danmission’s partner in India is looking for new principal
Danmission 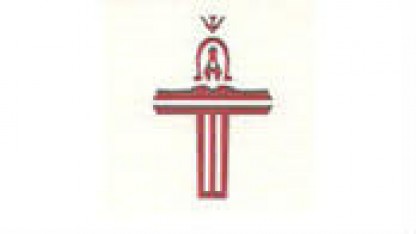 Danmission gets new partner in Lebanon and Syria

The churches in Syria and Lebanon who work hard to help the many refugees there need spiritual and professional support. Danmission is able to support the stressed pastors and churches with this new collaboration.

A new collaboration with an old acquaintance. That is how one can describe the partnership between Danmission and the National Evangelical Synod of Syria and Lebanon (NESSL), which is a Presbyterian church, that covers both Lebanon and Syria.

Back in the late 1950s, when Danmission (then Østerlandsmissionen) had to leave Syria, more specifically the Nebk area, management of the hospital, school and church was entrusted to the Presbyterian church. Danmission helped to set up a board with the Presbyterian Church of Ireland, Scotland and the United States, which was the beginning of the current Synod.

“We have an ancient history together. Over the last 11 years, Danmission had close ties to the church, its pastors and members, through other partners and projects. It is now the right time to enter into a closer partnership.”

Danmission is also simultaneously supporting theological education in the Syrian churches through the partnership. And the need for support is great.

“The churches, pastors and congregations in Syria have been working in an critical situation for five years. Many have fled, several churches have been bombed or destroyed. The churches have helped to share food, water, clothing and fuel with those in need. It has taken its toll on the churches and especially the priests, who are run-down physically, mentally and spiritually. They have been active in an urgent situation, and therefore their own spiritual needs have come second, ” says Agnete Holm.

One way to help relieve the deprivation of priests is to train lay people – such as members of the churches – to assist the priests with Bible studies, occasional sermons and pastoral care.