Skip menu and go to contentReturn to homepageGo to our accessibility guideNext post: BLOG: We confiscated a couple of chainsawsPrevious post: FAREWELL RECEPTION FOR THE SECRETARY GENERAL
Danmission 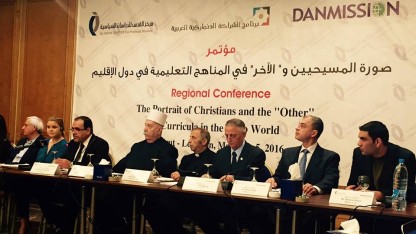 Interviews with five of the participants at the conference.

Danmission and our Jordanian partner organization Al Quds Center for Political Studies organized the conference: ”The Portrait of Christians and ’the other’ in curricula in the Arab world” in Beirut in March 2016. The conference brings into focus, how Christians and other minorities are portrayed in school curricula in Jordan, Lebanon, Iraq, Syria, Palestine and Egypt. The participants were religious leaders, parliament members, experts and people active in the civil society from six Arabic countries and two experts from Denmark. 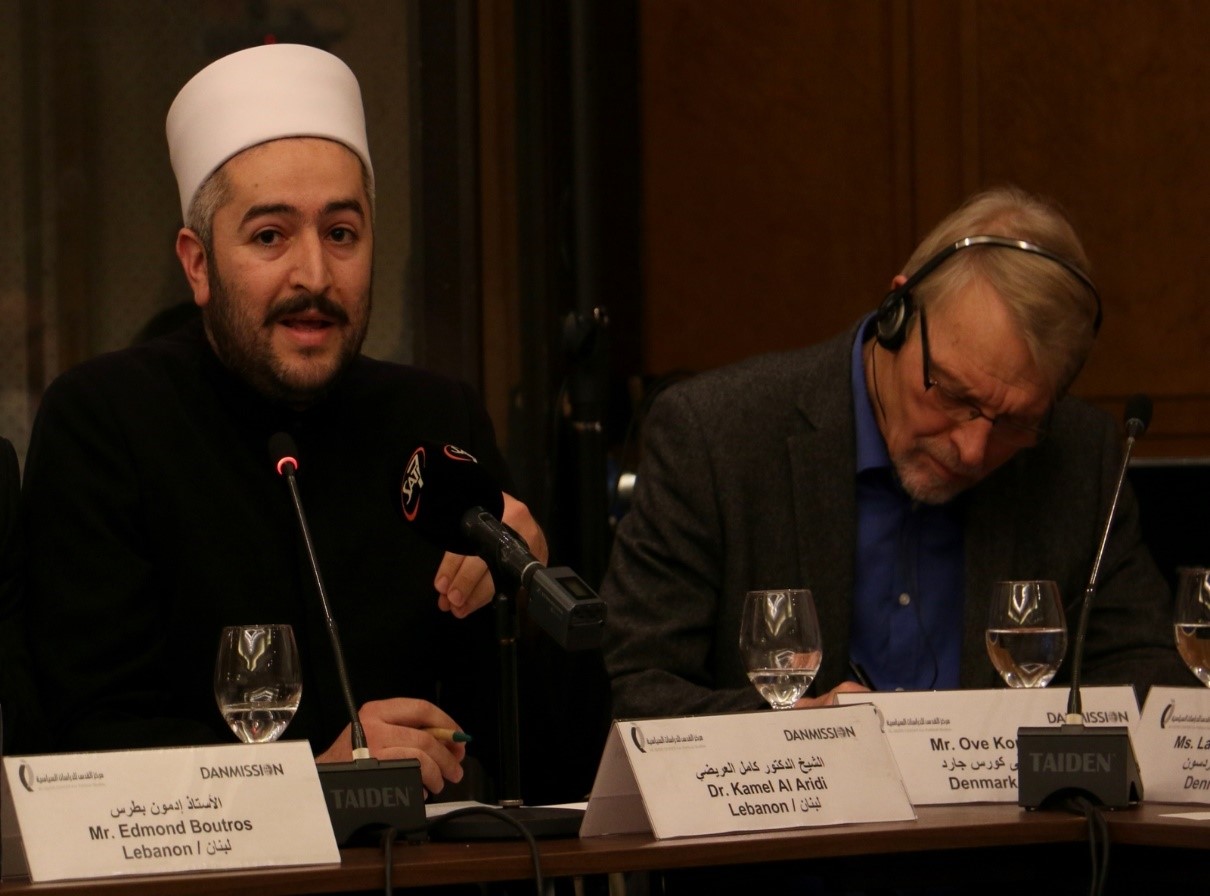 How do you understand the conflict about school curricula in the Arab countries?
The conflict is not about religion, but about how religion is interpreted. The aim of interreligious dialogue is not to make a fusion between religions, but to fight religion-based discrimination. We are all Arabs, no matter if we are Christians or Muslims – we should talk about what unify us!

What is your role in improving the curricula?
I try to teach my students, that they should love everyone, and that they independently should get to know their religious other instead of navigating from prejudiced conceptions.

How do you think this conference can help improving school curricula?
We don’t know much about which challenges our neighbor countries are facing concerning school curricula. In Lebanon you generally have a more nuanced portrayal of religious minorities in our curricula. At this conference we learned a lot about each other and from each other. It is important to learn, which experiences our neighboring countries have gained. 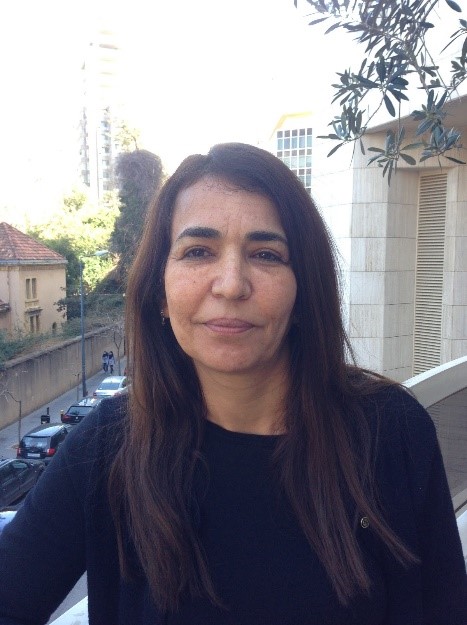 Irada Al-Jubori is an Iraqi civil society activist and member of the organization National Union Of Iraqi Journalists.

What do you think the outcome will be of this conference?
There are a lot of good discussions and there are a lot of powerful people, such as members of parliaments. I hope they will listen to the researchers and experts. Many have tried making changes in this field, but I think the political will is necessary to accomplish the changes. 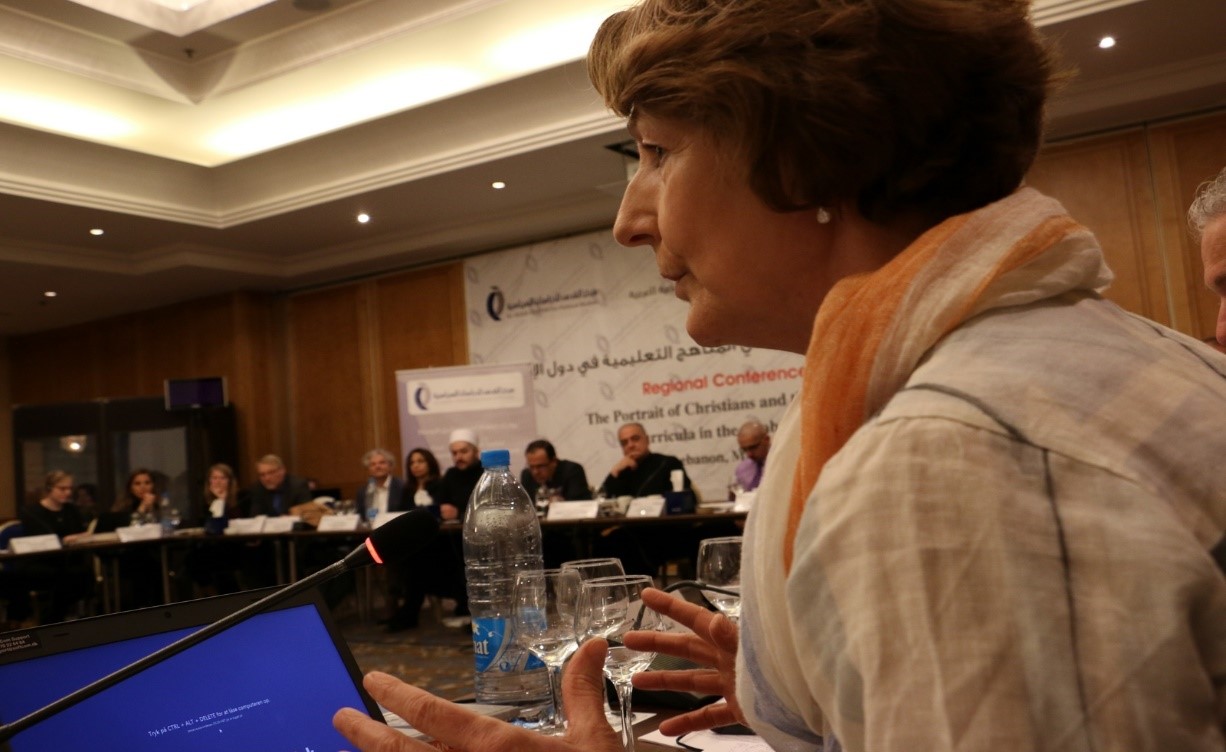 Lakshmi Sigurdsson is a lecture in religion and citizenship at the department of teacher education University College Copenhagen (UCC). Foto: Janne Andersen, DAPP

Why is it important to learn about the Danish experience at this conference?
In Denmark we have experiences with a more including approach to minorities, even though we also need a critical analysis of the school curricula in the Danish context. We can contribute with an approach, that is based on a historical and scientific approach on religion and minorities, in a way that minorities are not portrayed from a specific religious interpretation. The human rights principles about freedom of religion and the right to self-determination are also important to take into consideration.

From your experience, what do you think the Arabic participants found interesting and useful from the Danish experience?
Clearly the Danish experiences gave rise to a lot of questions and intense debate. For some of the participants, our points were provocative, for others it was important to debate the current challenges in Denmark and what might seem as double standard, for instance concerning human rights.

Which points and elements from the conference did you notice? Can you use some of it in your future work?
In many ways the conference gave food for thought and concrete inspiration to my daily teaching of student teachers, where I also use global perspectives on religion, human rights and citizenship. There was a lot I wanted to study further. There was material for a whole research project in the presentations we heard! At the same time, it became clear to me how big challenges there is when it comes to creating real changes. Tolerance and respect should not only be one-way communication, but it takes time to change the locked conceptions we have about ‘the other’. Especially in a situation where there have been abuse and violence from certain groups – but here the challenge is also, that coexistence demand that we can see ‘the other’ as an individual. 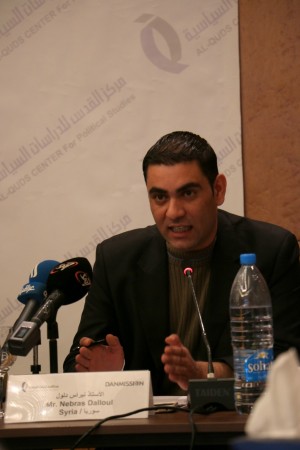 What is the current situation concerning school curricula in Syria?
Syria is a lot like Lebanon. We have 27 different religious and ethnic groups. Each group has their own specific demands for the school curricula. When you make school curricula, you should involve each groups and make a national compromise.

What could be done to improve the school curricula to make them more inclusive?
If we could make a deal about making one national school curricula, we could get a Syrian school for all Syrians no matter which group they belong to. 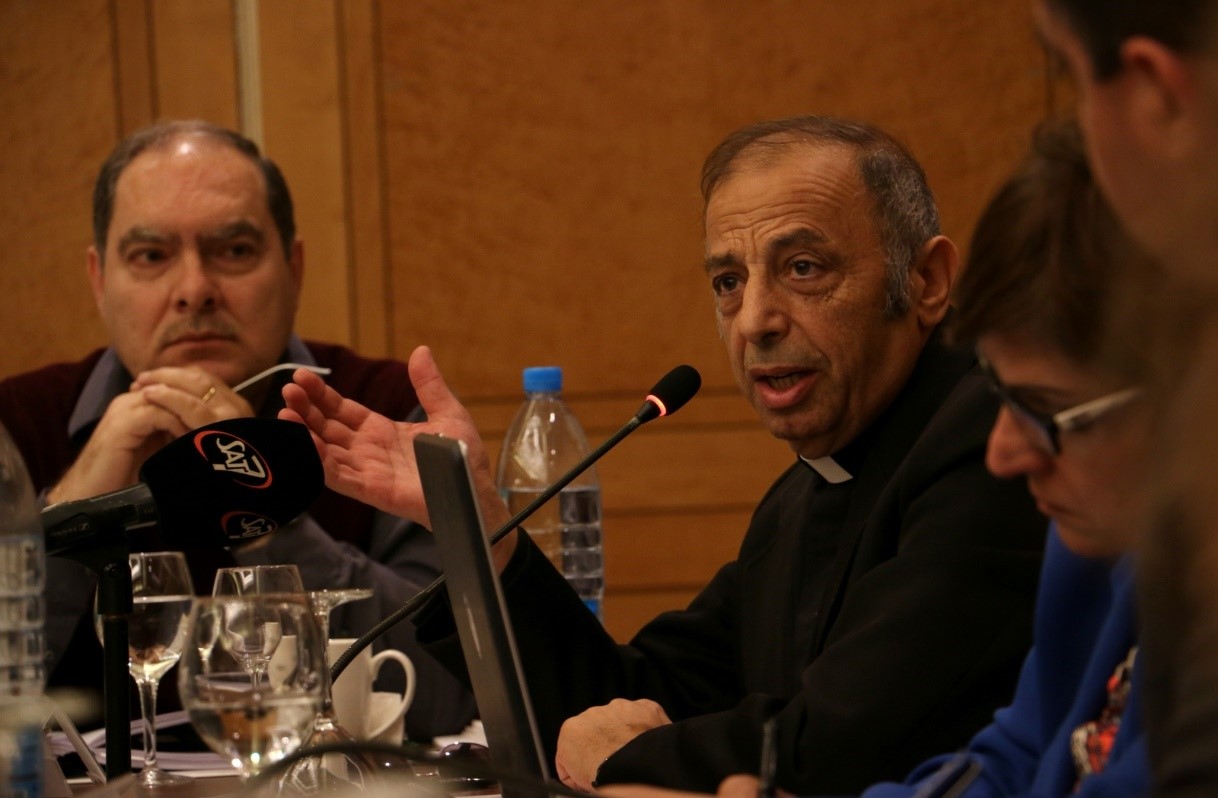 Father Peter Madrous is a priest in Palestine and writes weekly in a Palestinian newspaper. Foto: Janne Andersen, DAPP

What is the current situation concerning school curricula in Palestine?
No private schools teach coexistence or love! We are a population that does not know how to promote coexistence and love. We should organize a seminar for the teachers. The teachers are the main element in making the change.

Do you think this conference can help changing the situation?
It has only been five months since a Christian joined the committee for school curricula in Palestine. This conference helps focusing on this imbalance, and of course the conference makes an impact.

How do you think school curricula will change in the future?
The conference has already changed something in the mindset of the participants. The challenge of course depends on the participants’ direct involvement and influence. I can practice influence, because I weekly write an article in the biggest newspaper in Palestine. I will not leave what I have learned here, I will bring it into one of my coming articles.