Skip menu and go to contentReturn to homepageGo to our accessibility guideNext post: Do you want to create peace and dialogue in and between Denmark and the Middle East?Previous post: Young leaders working to combat extremism
Danmission 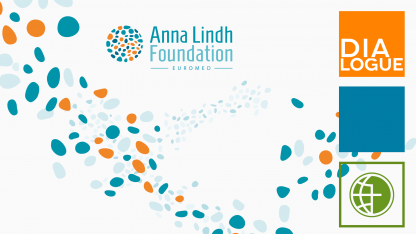 Danmission elected as the new coordinator of the Anna Lindh network

Danmission has taken over the coordination of the Danish Anna Lindh Foundation network.

The danish Anna Lindh Foundation network seeks to strengthen cooperation between organizations and institutions interested in dialogue and partnerships in and between Europe and the Mediterranean region.

The Anna Lindh Foundation is an international organisation promoting intercultural exchanges and common projects among civil society organisations of the Euro-Mediterranean region. The Foundation is an international institution established by the governments of the Euro-Mediterranean Partnership and the European Union as the key institution for intercultural dialogue among the people of the region.

With its headquarters in Alexandria, the Anna Lindh Foundation runs an international network of more than 4,000 civil society organisations in 42 countries aimed at facilitating cooperation and common action.

“Dialogue and cooperation across the Mediterranean is more important than ever,” says consultant Line Stange Ramsdal from Danmission, which will coordinate meetings and initiatives in the Danish ALF network in the future. “In the Anna Lindh Foundation, we wish to break down the fears and prejudices that we may have against each other – especially between Europe and the Middle East. Thus, it is necessary to promote intercultural dialogue and partnerships,” says Line Stange Ramsdal.